The open-source community reacted angrily when AWS launched DocumentDB as well as its Open Distro for Elasticsearch. However, MongoDB & Elastic looked to be at the forefront. Many businesses rely on Amazon Web Services (AWS) with open source software (OSS), whether on-premises or in the cloud. Through AWS Training, we can examine the issues at the core of the AWS v/s open source and how they relate to a bigger battle between open source as well as public cloud providers. While technology battles are always entertaining to watch, consumers must be aware of the status of the technology they depend on. They’re looking for a set of practical rules and assistance with what that implies to them.

What is at risk for Amazon Web Services (AWS) and open source?

For years, there have been doubts about Amazon’s loyalty to the open-source software, and the topic resurfaced when Amazon launched DocumentDB, the MongoDB-compatible database service. The release of Open Distro for Elasticsearch in March takes AWS’ new ElasticSearch addition and makes it open source under the Apache 2.0 license. The issue regarding Open Distro would be that it involves AWS forking and spreading an open-source edition of Elasticsearch that has been tailored to be used within AWS and by AWS users.

If you rely on an open-source spirit, this action by AWS may appear suspicious, Amazon Web Services (AWS) disagrees. Similarly, Open Distro for Elasticsearch claims to only employ open-source Elasticsearch and Kibana code. AWS claimed that its “actual intent is not to fork” but that it will continue to contribute to the shared code tree with patches and contributions. While we’ll have to accept AWS’ word on the fork-or-no-fork debate, commercial software companies often use both options. Enterprises that rely on AWS as well as on open source technologies may need to adjust to this new reality.

Open source and public cloud providers continue to have a tense relationship. Cloud providers, via their hosted services, make it far easier and faster to use OSS than licensed open source systems like MongoDB, Elastic, and others. Furthermore, several of these OSS providers provide managed editions of the software that may be hosted on the key public cloud platforms.

Expect a surge in the number of OSS-based solutions as cloud users need platform analogs for the apps they migrate to the cloud. Cloud providers provide a vital service in this regard because they eliminate the need to acquire and maintain hardware. AWS as well as other cloud providers are also pushing open source in new directions, which tends to eclipse previous contributions by open source contributors.

The cloud provider’s stance on AWS versus open source

Open Distro is viewed by some in the open-source project as light exploitation, or, in the best-case scenario, as muddying the open-source waters. Of course, public cloud providers have a distinct perspective for two reasons.

First and foremost, AWS needs the capacity to multi-tenant fundamental open-source systems. Some open-source solutions aren’t designed for public cloud environments, wherein multi-tenant & multiuser capabilities are required. To provide cloud-native functionality like memory, CPU, and storage management, major cloud providers must optimize or expand some portions of the open-source system. When you put these features back into the source tree, they won’t provide much value because they’re distinct to every public cloud.

Second, and probably more importantly, public cloud providers must distinguish their edition of the open-source redistribution in order to gain a distinct market position. For example, an open-source platform can come with 50 fundamental features that establish its market worth. Users who require the open-source system on the public cloud, on the other hand, require a cloud-native interface with its provider’s safety, monitoring, management, storage, and databases.

The more tightly cloud suppliers combine these features into hosted OSS, the more code is added to an open-source community that is worthless. The AWS vs. open source debate is fueled by this engagement with little benefit in terms of open-source value.

There are numerous aspects to look at it for businesses that employ AWS and OSS. When a company chooses a managed service like DocumentDB, it can generally avoid open-source politics. Those who employ open source solutions on their own computers or inside other public cloud services may stand to lose the most. Those who depend on the sheer open-source system might end up clinging to an old and much less updated open-source code tree when a major public cloud provider pushes the platform in a different direction that has its own extensions or produces a real fork. Even such users, though, should not become too engrossed in the latest technological squabble. These confrontations are usually short-lived, and their consequences are minor.

As a result of the AWS Outposts and IoT Edge announcements at re: Invent 2018, the AWS product breadth & overall TAM increased dramatically. As a consequence, the number of AWS collaborations, as well as the scale of cloud ecosystems in general, will rapidly increase. For the IT industry, an open-source community is indeed a vital source of innovation. Customers

and governments outside of the United States will expect further assurance whether AWS is operating (and appearing to be functioning) in conjunction with the industry. The developer community is an important aspect of the IT sector. AWS must be recognized as a major contributor and innovation in the field of cloud computing.

KVM is used in AWS Firecracker, a new virtualized technique. In a fraction of a second, lightweight micro-virtual machines (microVMs) may be deployed in non-virtualized environments. It allows developers to combine the inherent security of traditional virtual machines’ task segregation with the productivity of containers. Firecracker is a live open source project with a lot of people working on it. AWS is prepared to evaluate and approve pull requests, and it will work with contributors to do so. Overall, this is a fantastic initiative that makes a huge contribution to the development of security and choice.

FreeRTOS is a real-time operating system for microcontrollers in Edge devices that is open source. Amazon FreeRTOS is a software library and kernel for the FreeRTOS operating system. This add-on allows you to connect to Cloud services such as AWS IoT Core or even more robust edge devices that run AWS IoT Greengrass. For IoT Edge deployments, this initiative has the potential to provide significantly simpler and more secure ecosystems.

According to Wikibon, Artificial Intelligence inference code is inexorably going to the Edge, which is very near to wherever the data is generated. Amazon SageMaker Neo is indeed an open-source Amazon SageMaker plugin. It enables the SageMaker AI model to be built and installed on a variety of Edge devices with a variety of chip architecture. The deployment of AI consumes more than 90% of AI resources.AWS has made a significant contribution by expanding the device and architecture options for Edge processing, allowing code to be placed very near to the data generating process.

AWS RoboMaker is an add-on to the Robot Operating System, an open-source robotics technology platform. It allows access to AWS cloud services.

Open source is now vital to community members and the industry as a whole, and it is a key source of innovation for everyone. The OpenJDK debate might have been averted, according to Wikibon. Wikibon advises AWS to be more proactive in contributing to open source initiatives sooner and to expedite the process by incentivizing internal culture change. AWS must establish itself as a champion in open-source software in order to justify its rapid financial development. The outstanding AWS Outposts release, the dispersed IoT solutions announcements, and the continued strong AI announcements will all help AWS grow even more. Customers and worldwide government agencies look to AWS to be a prominent open-source collaborator, innovator, and provider.

Hi, I'm Harshvardhan Mishra. I am a tech blogger and an IoT Enthusiast. I am eager to learn and explore tech related stuff! also, I wanted to deliver you the same as much as the simpler way with more informative content. I generally appreciate learning by doing, rather than only learning. If you want to help support me on my journey, consider sharing my articles, or Buy me a Coffee! Thank you for reading my blog! Happy learning!

11 Things to do with Cloud Computing Services 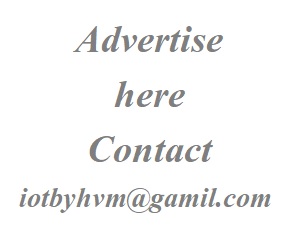